I Need A Super Hero Lover...

If you've been wondering why there was no 55-word linkfest this Friday, wonder no more. It's all because of Wonder Woman you see...

On Friday, the GirlFriend retrieved her stolen wallet from a crowded bus.
She’s been feeling most super-heroine-ish ever since!

But it doesn’t end there, she shared this story with friends and Gamesmaster G9 returned with four costume options...

"First, we have the classic - backless, strapless swimsuit, cut high on the thigh, with metallic breastplate. No?" 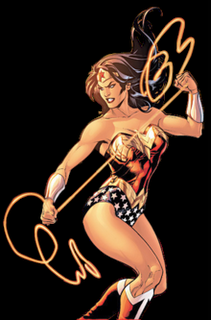 "Let’s try the next one - white unitard with low slung belt and a large circle cut out of it so that your entire cleavage is visible. Still no?" 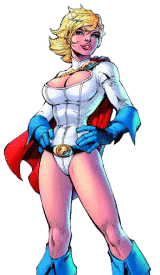 "Well, here's one you would love. Very short top and tiny handkerchief masquerading as a skirt. Perfect if job involves flying. You don't like it?" 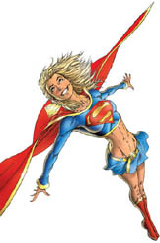 "Ah well, this one might be for you. Full body armour, with mask and hair tied in neat ponytail. Metal gauntlets and a staff for protection. The cigarette is not included. Perfect, methinks. You are now MANHUNTER!" 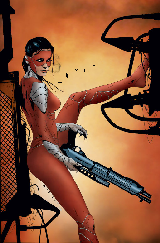 I'm rooting for Option No. 4

No. 3, for obvious reasons!