Will make quite a big-budget movie. In a good way. If they decide to make it four and a half hours long - which I do hope they do.

It has everything - flashbacks, redemption, conversations in netherwordly places like King's Cross Station, loads of heroism and valiant deaths.

I guess this is the feeling Star Wars fans experienced when they watched Return Of The Jedi back in the say.

So I'm reading all of them Harry Potters again before the release of The Deathly Hallows and all that and I come across this funny line in The Prisoner Of Azkaban that I missed earlier.

...was still extremely nervous, and had only agreed to return to her job on condition that she was given extra protection. A bunch of surly security trolls had been hired to guard her. They paced the corridor in a menacing group, talking in grunts and comparing the size of their clubs.

Didn't expect JK Rowling to drop in a cool Freud symbolism just like that. heh.

Posted by Dilettante at 1:54 PM 5 comments

So your intrepid blogger brings you an update on the construction of the Bangalore International Airport, previously blogged about here and here.
It took me about 20 minutes to drive from the highway to the site offices and actually stopped to ask for directions three times. Interesting drive, mostly barren land where one gets excited to see the first signs of construction (which is a compound wall) in about half a kilometre from the highway.
The construction of the ATC Tower. 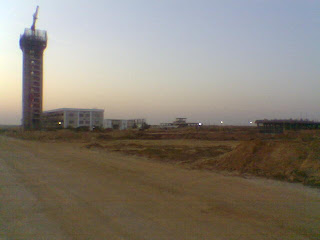 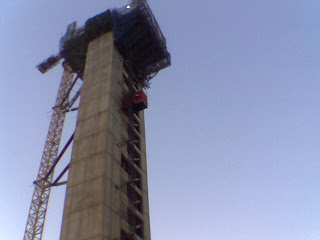 The sections of the roof at the pre-cast yard, which are this cool wave-shaped profile. Check out the construction and then the artist's impression of the roof, below. 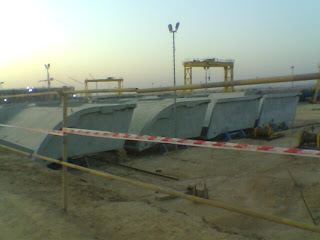 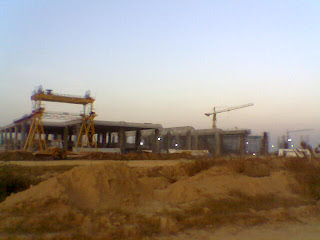 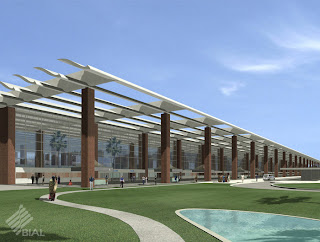 And in case you were wondering, here's the compound wall. 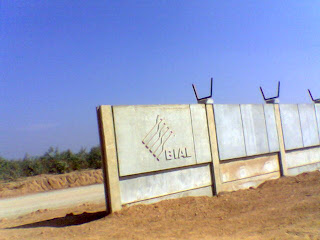 I think there are a total of 2 things.
Biryani from The Nizam Club and biscuits from Karachi Bakery. 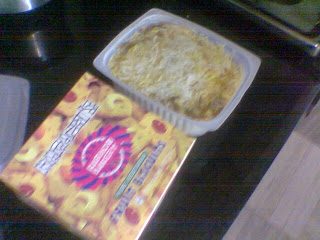 from the Jobless Pictures Archive. Items brought back when my sister did a "parcel" of the biryani from dinner and came to Bangalore the next day.

How Do You Smile In Kannada?

Now that I've found the bluetooth dongle that was hiding behind the ATX cabinet, here are a few pictures from many moons ago. Many more to come in later posts. 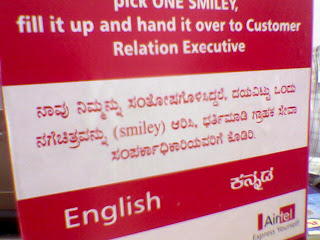 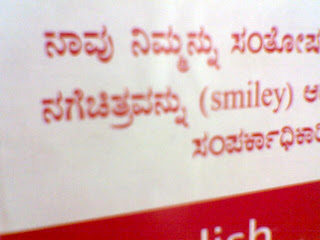 Amaya (as in without maya/illusion) Art is a new "art house" promoting Indian art and all that. Check out their website. Recluse sent it to me to pimp it, it has just the right number of adjectives important to selling art even.

Now I don't know the first thing about art (I do know the right adjectives and verbs, though) but the stuff they are holding is pretty good. And looks reasonably priced. The gallery on the website isn't up and running yet but you can view the pictures here.

Do check it out, they are nice paintings. 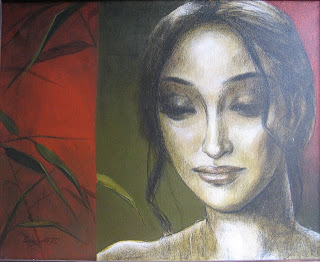 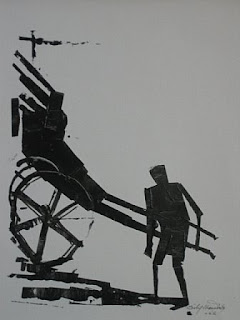 Yesterday, my peeps and I narrowly escaped the insanity that was the riot. After driving near Ulsoor Lake trying to avoid the traffic jams, we headed back on St. John's Church Road going the roundabout way to Old Madras Road. When we reached Coles Park, stopping because of a blockade at Haines Road, outside Siddique, a Matador Van filled with people doing rounds/going to the VHP-sponsored Virat Hindu Samajotsava.

Some dudes just pop out of the woodwork i.e., Siddique Chicken Centre, handkerchiefs covering their face and attack the van (and people inside, I guess) with metal pipes. We saw them break the windshield and climbing into it while we quickly drove away.
Now these dudes with the orange flags were not heading in the direction of the rally but driving into the "sensitive area", possibly with the same mentality that Ganapati-processions in Bombay are loudest near the mosques.

Blr Bytes was on Assaye Road (near the Bengalee Association) when he was stopped by more of the protestors and got roughed up, when he was in his car, through the window.

A few nothing-to-with-this Korean tourists were pulled out of their bus and watched it being torched. They were escorted (possibly by a quick-thinking policeman) to the State Fire HQ and stayed there. A lot of foreigners are in the city to attend IMTEX, so the statistical chances of a foreigner getting caught in this would be higher. It's extra trouble we don't need.

Apparently, this started a couple of days ago, when a Jaffer Sharief-organised procession to protest the hanging of Saddam Hussein (20 days after the hanging, albeit) went wrong with some RSS-types attacked that rally (possibly because they were good friends of the Kurds that got gassed). Yesterday's trouble, was therefore a retaliatory attack.

Never a good idea to have people like Praveen Togadia in your city. Someone should take Mr. Togadia, Mr. Sharief and while we're at it Mr. Modi and the Imam of Delhi's Juma Masjid, place them in a single cell in the already housefull Parappana Agrahara Jail. And place them under CCTV surveillance. Should make for interesting viewing.

Granted, we're no longer the Pensioner's Paradise or even Garden City or a "progressive, cosmopolitan city" that romantically reminds us of the quiet, worry-less days. Alongwith the success of a large number of people, it also brings a serious discontentment to a large number of no-so succesful people.

It doesn't help that politicans and "community leaders" foment fear and insecurity along religious lines for more power and more personal gain.

It's an indication of failure of our society and nationhood when politician is a four-letter word.