So went to this show last Sunday at Take 5 in Indiranagar and listened to this realy hilarious man.

He started with the usual US-bashing, a really good Homer Simpson imitation, suicide bombing jokes and other tame stuff.

e.g.,
Jeffries: Do you have any suicide bombers in Bangalore?
(Audience murmurs no)
Jeffries: No? Anyway, looks like Bangalore is doing a good job of doing itself in.

Then he went on to all the politically-incorrect, misogynistic, homophobic stuff.

It was interesting to watch the middle-aged women give dirty looks to their husbands when they'd be laughing holding their sides at a particularly dirty joke about a menage a trois. It definitely was a show you shouldn't take your Mum to. Not if you want her to hear the guy's story starring a vibrating egg and his colon when he was in Amsterdam.

Take 5, I hear has live jazz on weekends. Must go check it out. In any case, this is how the doors to the Men's Loo and the Women's Loo looked like... 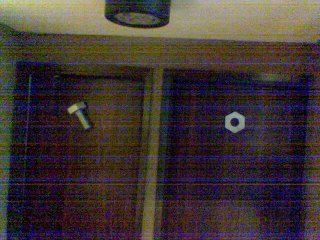