A friend being in town is always reason to celebrate. (Well, if not to celebrate then to inebriate, what? Gah, that sounded far more erudite when I thought it up. I apologize.) And having just read about Tai Tai I decided that we'd drop in at the bar below, Maya, and then head on up to dinner. But fate and insistent friends decided otherwise.

It's a funny feeling to exit the lift on the 3rd floor of the Bombay Store only to be accosted by wait-staff from Tiger Bay, which has given up half their floor space to Maya if not more (and that's a good thing. The only thing they've ever offered me was a bout of serious gastric distress.), asking and then pleading with you to dine at their now-emasculated-dining-establishment. It's easy enough to refuse and I headed to Maya.

At Maya, we had a few drinks, my Caipiroska was good, the Mojito wasn't a patch on the one I have at Shiok and the fruit flavoured Margaritas were a tad too sweet. Their snacks menu is small, both in size and content, and it matches the size of the portions which are minuscule. Then again, the prices are most reasonable. The food was good and much enjoyment was had by all.

As for dinner, by popular vote, we landed up at Imperial. I can't say that I was disappointed. Oh, and the highlight of the evening was when two dining companions, both Empire fans, exclaimed, with much delight, that the kebabs were far superior and that they wouldn't be going back to Empire any time soon. Score one for the home team! 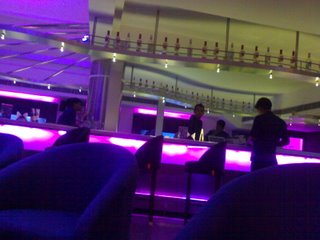 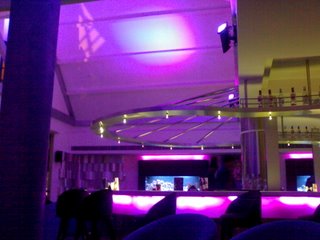 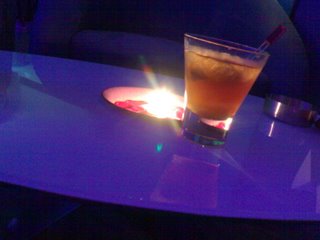 Does anyone know what was happening on Brigade Road? A demolition? A renovation? 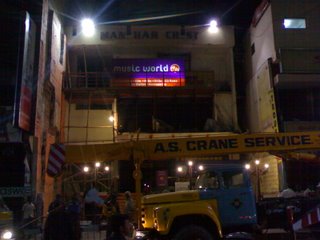 And if you've ever had the good fortune of reading "On Food and Cooking" by Harold McGee then you'll be happy to know that he has a blog (News For Curious Cooks) of his own. Do read it, you're assured of learning something

You know I have never been to Maya - I make my way straight up to Tai Tai - but I know that Chef Kutty has been focussing on the food upstairs so I am not surprised that the menu is limited. Tiger bay used to be good when it opened. But I have to agree that the food quality plummeted rapidly soon thereafter.

I looked at the menu from Tai Tai as well and the two share almost everything on their menus. Easier for Chef Kutty I suppose.

On Tiger Bay, the first meal was good. It's all been downhill from there.

But do you prefer Empire or Imperial?

I still disagree on the kababs. Empire's kababs may be of inconsistent quality but when they (one-thirds of the time) get it right, it's OUTstanding.

Bloody poseur is Empire. Was there a few nights ago. Unbearable crap it was.

And Sulemani was served thus:

Pity the place wasn't closed after the last round of trouble they had.