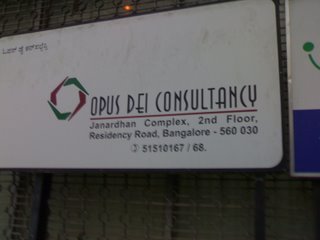 "I would add that as we are of the West and the West represents largely the continued existence of Greco-Roman civilization as "baptized" by Christianity down to our own time, the question is whether the moral resources of the West and hence its willingness to fight are so depleted that they will be overcome by the "non-Western many." ~ Father John McCloskey

I wonder what the pay is like at the office...

Must be giving a cilice along with the offer letter. And a kick in the balls. Pain is gooooood.

Forgive me for I have sinned!