Family was in town and being NRI's they were craving some good ol' fashioned, southern Mallu food. So where do we go? (No, not Coconut Grove, not Windsor Pub even…) Karavalli, of course!

Karavalli is a restaurant that used to be good. Outstandingly good. Especially in its first few years, the fish was fresher and the appams were always crisper. Unfortunately, the years took their toll and the food became tired and pretty uninspiring. Which was when I stopped going there. They now have all these very impressive looking certificates up against the wall but those don’t count for much. Especially not the ToI ones. Let your tongue and your stomach be your judge. So dinner last night was the first time in over two years that I had eaten there. To cut to the chase, I left happy but not as happy as I have been before.

The Mutton Stew was good but too watery. They’ve skimped by using the first and the second and perhaps a watery third pressing of coconut. And a more generous bagaar would be welcome. And also, I'd rather they cut the potato into thick quarters and not dainty slices. But it tastes close to what it should. The Mutton Roast was too wet, they should’ve fried it more. I liked the masala but if they’d used more onions and fried it longer the result would have been far better. Oh, and when they say mutton they mean full bodied, overpowering mutton, not dainty delicate lamb. Be forewarned.

The Kane Masala Fry needed help. Perhaps in the form of some feeding before it was fished. Rather anemic looking they were and I find that they are better rava fried, as found at Anupam’s Coastaal Express or Fishland.

The Bhindi was nice but hardly Mallu, or coastal at that. The Green Mango-Drumstick-Prawn Curry was the highlight of the evening. Outstanding. Not some overly large rubbery prawns, but juicy little morsels. The tang from the mango wasn’t overwhelming but just right. Went superbly with the Neer Dosas which were wonderfully soft and sheer. The Pepper Prawns were pretty disappointing as the seasoning overpowered the succulent taste and the overcooking did the same to the texture.

The Appams were very good, crisp and brown and lacy and soft in the center as was the Egg Appams. The Parathas were good but Empire and Imperial are better. I liked the Curd Rice, slightly acidic and cold. Pity it didn’t have pomegranate in it.

We skipped dessert. Not surprising really… A few pictures, in no order below and one of what I believe is there attempt at authenticity as regards the kitchen! 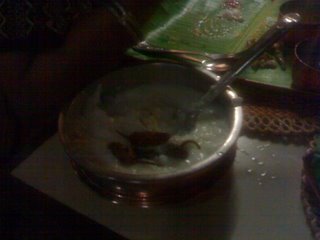 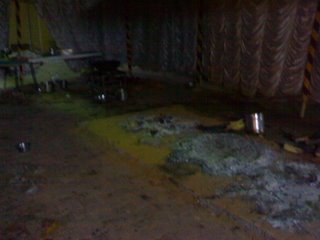 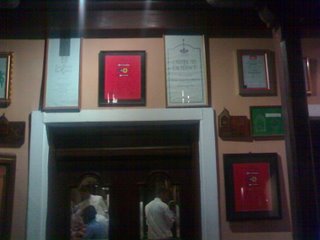 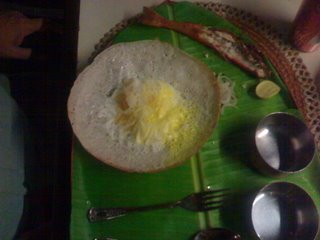 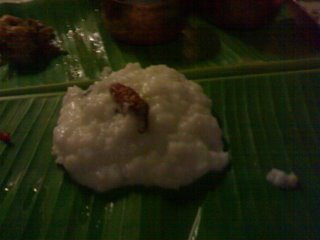 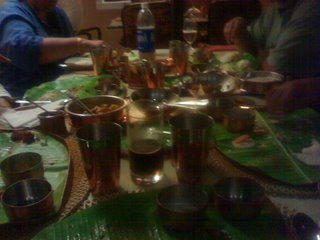 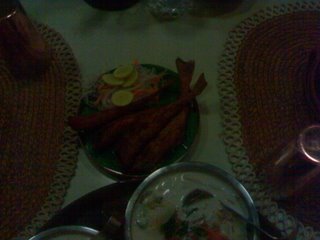 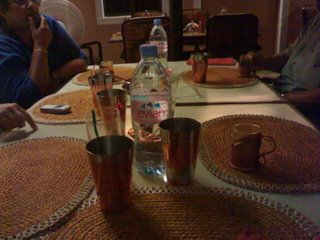 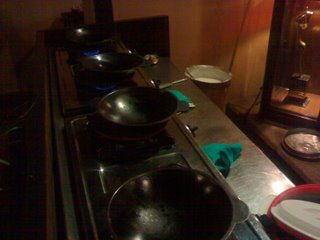 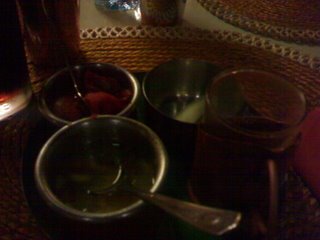 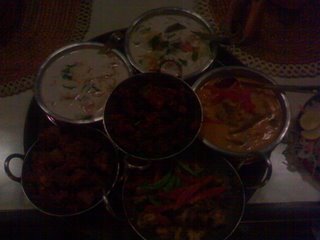 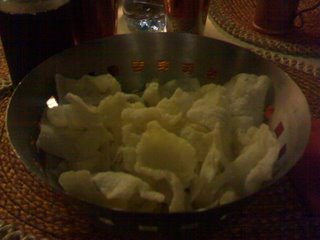 Why are the snaps repeating themselves. Did you go twice?

My bite, it is said, is far worse than my bark..

Oh, and when they say mutton they mean full bodied overpowering mutton, not dainty delicate lamb

Well... in India, when they say lamb or mutton, they're not talking about either of those. They actually mean goat. Goat is called mutton in India, unlike much of the world, where it actually refers to sheep that's at least a year old.

Goat is far more popular in the north than in the south. And generally a Muslim preference.

In the south, mutton usually means sheep or what's called breeder, which is actually grand-parent stock. You do get excellent lamb, in and around Bangalore, from the Bannur stock, which is of the short-fat-tailed variety. The two other breeds, Deccani and Garole don't have as much fat as Bannur lamb, hence less flavourful.

The traditional distinction between the three is the level of wear of its teeth.