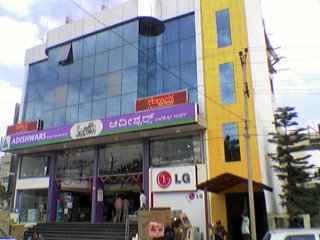 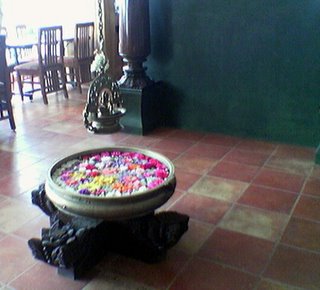 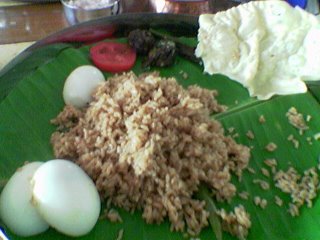 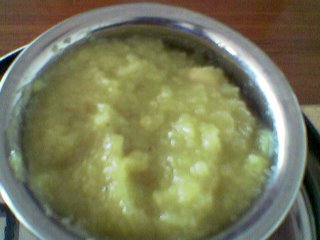 Alephnull called and said he was starving, I wasn't but that doesn't ever stop me. Picked him up and went to a new branch of Annachi* at Kammanhalli for lunch. I do like Chettinad food, (Ponnuswamy comes to mind.) and Annachi does a fair version of it.

I had an egg biryani, we shared some pepper fried prawns and some sort of sweet pongal for dessert. The biryani was mediocre, we fair suspect that they have a common rice base and add the meat/egg/veg. according to the order while the stand out feature was the fire extinguisher that was not served with it. Bloody screaming sphincter was it hot?! The prawns were great, superb even, fresh, not over cooked and of a size that was visible without magnifying aides. Dessert was good, if a tad too hot. They really need something frigid to salve our chilly-induced ageusia.

To be fair, their dinner menu is far more interesting. With stuffed parathas, kothu parathas, rabbit and quail (which I highly recommend!)

Go for the food, be prepared for the spice, order buttermilk on the side and a yoghurt/sugar combo for dessert. You should be ok.

*While this may, prima facie, seem to be in conflict with my aforementioned rules of restaurant reviews, it isn’t. I have been to Annachi more than once, just different branches and I have paid my bill on the heretofore-mentioned occasions. Just not this time. (Excuse maadi. I used to be a lawyer)

You didnt pay your bill? :O